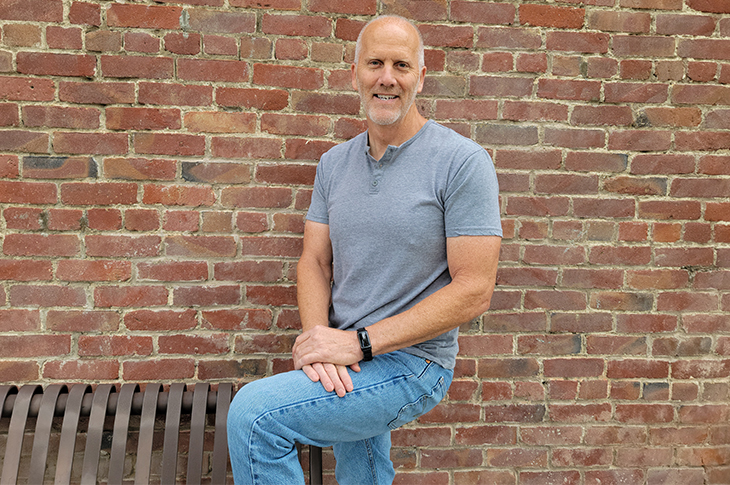 My Fitbit story began on Christmas Eve last year. It was a joyful and hectic time. My wife and I have four grown children and ten grandchildren, so we had a lot of people visiting. That morning, when I checked my health metrics on my Charge 5, I noticed that my heart rate variability (HRV) had not registered during the night. I hadn’t looked at the ECG feature for a while, so out of curiosity, I decided to try it.* The read-out indicated that my heart was in a state of atrial fibrillation. The chambers of my heart were not contracting in their normal coordinated fashion. I also noticed that my heart rate was slightly elevated, but I couldn’t feel any unusual palpitations.

I was a little concerned, but I didn’t think I was in immediate danger. I decided not to tell my wife or family until after Christmas. I didn’t want to worry anyone and thought it might resolve on its own. I did borrow my wife’s Charge 5 to double check the results, and sure enough, it showed the same AFib reading.

Five days later, after we had cleaned up from the celebrations, I made an appointment to see my primary care doctor. I showed him that my Charge 5 was still indicating that I had AFib. After consulting with a cardiologist, I started on a series of tests to try and figure out what might be causing the change in my heart rhythm.

After all the tests came back, I learned two surprising things. Apparently, I had had a heart defect from birth. It’s called a bicuspid aortic valve—basically, one of the valves in my heart that is supposed to have three flaps that open and close only has two. It’s a relatively common defect, and it has never stopped me from leading an active life. Unfortunately, it can make you more prone to other complications, one of which the doctors found. In examining my heart, they discovered a thoracic aortic aneurysm. One of the large blood vessels that carry blood from my heart to the rest of my body was larger and weaker than it should normally be.

Aortic aneurysms are scary because they often have no symptoms and the weakened blood vessel can break with no warning. That can be deadly. Once you know about the condition, your doctor can monitor the size of the aneurysm over time to see if it is getting larger. I’m not a candidate for surgery unless my doctors see a significant change. I now have a whole panel of doctors who will monitor my condition into the future.

When I first got the diagnosis, I was worried that it would drastically change my lifestyle. I’m 62 years old and I’ve always been very active. I played sports in high school, then went on to serve 7 years in the military and 25 years in law enforcement. I’ve been retired for 9 years and my wife and I have an exercise regime that includes weight training, biking, and a rowing machine. We have dogs and like to walk at least two miles a day. Our garage is pretty much a full-functioning gym. Giving up those activities would have been depressing.

Fortunately, the doctors told me it was just as important as ever to stay active if I followed a few modifications. They told me to reduce my weight by 20 percent, monitor my heart rate while exercising, and not hold my breath.

I’m now on a low dose of heart medication, and the AFib has resolved for now but I check it regularly using my Charge 5. I also use my Fitbit to monitor my heart rate while I exercise to make sure that it doesn’t get too high, and I check my Daily Readiness Score every day along with keeping track of my Active Zone Minutes for the week. If I had never used the ECG feature on my Fitbit, I likely would not have learned about my two heart conditions. That knowledge will play a major role in my chances of having a longer and healthier life.

As told to Ethan Watters

*The Fitbit ECG app is only available in select countries. Not intended for use by people under 22 years old. See fitbit.com/ecg for additional details.”

The post Discover How This Veteran Used His Charge 5 As a Catalyst for a Critical Health Care Journey appeared first on Fitbit Blog.