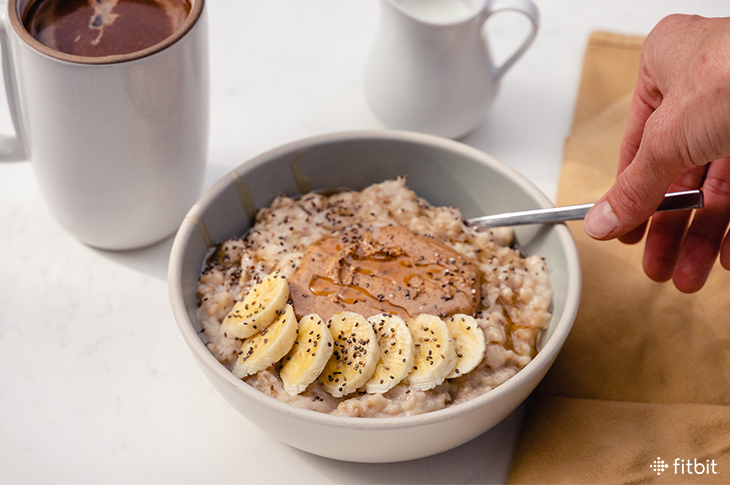 Bulk-cooking is an important kitchen skill in successful meal planning. And make-ahead breakfasts are easy to incorporate and will save you a ton of time on a busy morning. What makes this recipe different from the hundreds of overnight oat recipes out there is the use of the slow cooker. When steel-cut oats are cooked low and slow over several hours, the result is a smooth silky porridge texture similar to a flan. This texture, combined with the richness of almond butter and honey, really puts this bowl of oats into a category all its own.

And as if the uniqueness of the dish wasn’t tempting enough, the comforting feeling of waking up to the smell of cinnamon and a hot bowl of porridge waiting for you will put you over the edge. Once you fall in love, make it a double batch and reheat and eat all week.

A glass measuring cup, bowl, or jar large enough to hold four cups of liquid, and sit inside a slow cooker with the lid placed on top.

In the morning, stir the oatmeal to combine any clumps that may have formed at the bottom of the jar. Then stir in almond butter and honey. Serve the porridge hot and topped with your favorite fruit, nuts and milk.