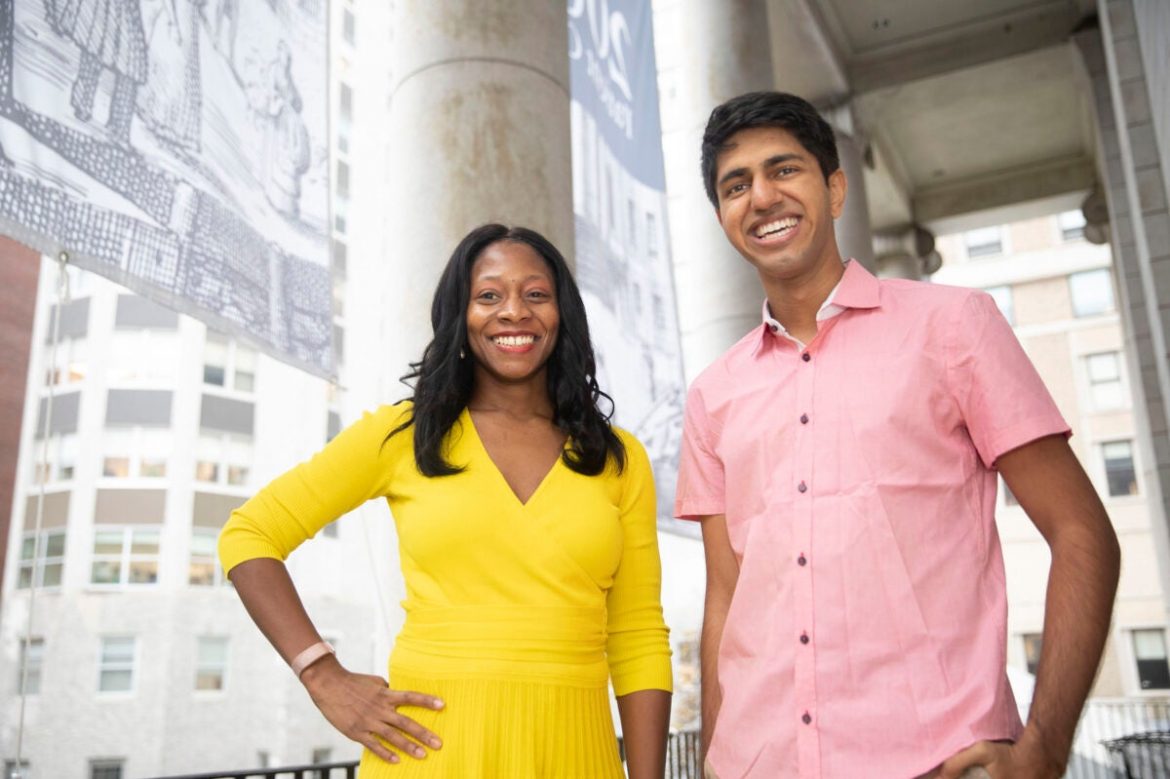 For Simar Singh Bajaj ’24, the key to equity begins on the page. The history of science concentrator is still a few years from his planned career in medicine, but he has already begun tackling health care disparities in prestigious journals such as The New England Journal of Medicine and The Lancet.

“I’m a big believer in the power of writing to push conversations forward,” said Bajaj, who collaborated with his mentor, Fatima Cody Stanford, an assistant professor of medicine and pediatrics at Harvard Medical School, and sociology concentrator Lucy Tu ’24 on the recent Lancet paper “Superhuman, but never enough: Black women in medicine.”

Weeks before the Lancet article, Nature Medicine published Bajaj’s “Health-based civic engagement is a professional responsibility,” co-authored with Stanford and Alister Francois Martin, an assistant professor at the Medical School. In it, the authors argue that health care providers should work to empower their patients to vote as a means of improving their own care. (The article highlights the nonprofit advocacy group Vot-ER, which was founded by Martin.)

These publications follow last February’s “Beyond Tuskegee — Vaccine Distrust and Everyday Racism,” which was accepted by NEJM within a week of being submitted. The response surprised even Bajaj’s mentor. The young researcher had just turned 19 when he told Stanford: “I’m interested in inequalities and equities, and I know you’re into policy, and I want to do this work.”

“I thought, oh, that’s really sweet,” she said. Within 12 hours, he’d written a piece of such high quality that she suggested submitting it to the NEJM, and the two began collaborating on additional research.

For Bajaj, who hopes to do a summer writing internship at a medical publication, the work stems from his early exposure to health care inequities and their real-world repercussions. While in high school in California’s Bay Area, he volunteered at a free health clinic. A lack of preventive care, financial straits that put both a healthy diet and medications out of reach, and distrust of the health care system left patients perpetually vulnerable to medical emergencies.

“There are people who, because of the lack of access to care, because of different socioeconomic barriers, were coming to the emergency department as a last-ditch effort for their severely exacerbated conditions,” he said. “We need a better socioeconomic support, we need a more comprehensive safety net.”

One of Bajaj’s teachers, Hannah Marcus, an assistant professor in the history of science, recalled a discussion about the legacy of racism in medicine that helped inspire the NEJM article. Sitting in on the class, Evelynn Hammonds, Barbara Gutmann Rosenkrantz Professor of the History of Science and a professor of African and African American Studies, told Bajaj that she thought the day-to-day racism Black patients encounter in their engagements with the medical establishment was a bigger hindrance to care than historical atrocities like Tuskegee.

“I could see Simar’s wheels turning as she responded,” said Marcus. “For Simar, knowledge once acquired is not to be hoarded, but to be generously shared where it can change lives for the better.”

Lessons of equity within his family also draw Bajaj to medicine. His uncle, a radiologist and nuclear medicine physician, served in the Air Force.

“He was deployed to Afghanistan when I was about 9 years old, and he would tell me over Skype about how he would treat U.S. Air Force and NATO personnel, but also Taliban and al-Qaida members,” said Bajaj. “I asked, ‘Why are you treating the bad guys?’ And he told me that medicine doesn’t care about who you are. It treats you because you’re human.”