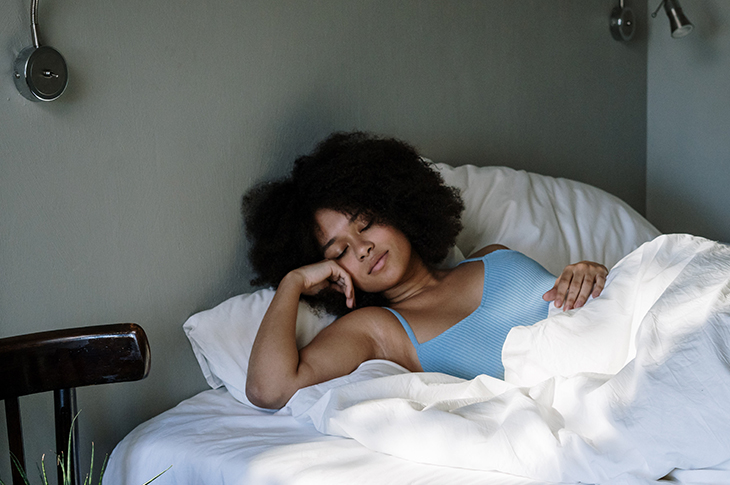 Can’t Wake Up in the Morning? It’s Not You—It’s Sleep Inertia

Most people have difficulty waking up after they go to bed late or if they’ve had a night of interrupted sleep. But why is it hard to wake up in the morning even after you’ve had your eight hours of deep slumber?

Sleep inertia may cause that can’t-wake-up feeling. Inertia, or resistance to movement, is what scientist Isaac Newton established as his first law of motion: that a body at rest tends to remain at rest. Like general inertia, sleep inertia makes it hard to go from that state of rest. In other words, waking up after a long nap or a full night of sleep is tough.  Once you do wake up, you may feel groggy for minutes to hours later.

Anyone can experience sleep inertia. Some common signs are:

Some people have a more severe form of sleep inertia, called “sleep drunkenness.” With this type of sleep, inertia, confusion, slowness, and lack of coordination can last up to four hours.

There are multiple theories on the causes of sleep inertia

Scientists aren’t sure exactly what causes that tired feeling from sleep inertia. But they have some ideas.

High adenosine levels. Adenosine is a chemical in the brain that rises and falls during the day to help people feel sleepy and wake up. If the level of adenosine is too high in the morning, it encourages sleep.

Interruption of the REM sleep cycle. People go through multiple sleep cycles at night. They may feel groggy and disoriented if interrupted during a deep sleep period.

Reduced blood flow to the brain. During sleep, this can affect cognition.

When sleep inertia is a problem

Sleep inertia is primarily an inconvenience for some people as they fight the desire to roll over for a few more Zzz’s.. But for others, sleep inertia can be dangerous. The diminished awareness can make people more susceptible to accidents.

This trouble concentrating is especially concerning for people who work late-night and third shifts, like factory workers or transportation drivers. It’s additionally troubling for people who work in jobs that typically involve interrupted sleep cycles but need to make urgent decisions soon after waking, like medical professionals and emergency responders.

So what can people do to feel wide awake when they get up in the morning?

Get enough sleep. This often starts with setting a schedule to go to bed and get up at the same time every day. Sleep inertia can be worse when you’re sleep-deprived. Even if you slept eight hours last night, you might have a sleep deficit from previous days of missed rest.

Take a power nap during the day. But keep it short: 20 to 30 minutes, so you don’t fall into a long, deep sleep.

Drink caffeine to wake up in the morning and before a nap to help wake up after. Caffeine helps block the brain’s adenosine receptors, keeping you more alert.

Make your room is comfortable for sleeping. Keep it cool and dark, and power down devices with distracting bright lights.

Use Fitbit’s advanced sleep tools.  Wear your Fitbit while you sleep and let it work its magic. First, set a sleep goal, in addition to a consistent bedtime and wake-up targets. Then wear your Fitbit watch or tracker to record how long you sleep. You can analyze your patterns and adjust accordingly, all within the Fitbit app.

You can also tap into your Sleep Score and the new Sleep Profile with Fitbit Premium to better understand your sleep habits. Learn more about how Fitbit can help you get a better night’s rest here.

Exercise. Yoga or simple stretches increase the blood flow throughout the body, which helps you wake up.

Eat an energy-rich breakfast. Eating a breakfast with proteins and complex carbohydrates will be satisfying and help sustain energy throughout the morning.

Build in time to wake up from sleep inertia. Start your day slowly and recognize that even though you are awake, your brain may not be ready to do taxing work or make big decisions until later in the day.

Change your alarm to one that is more melodic. Researchers found that waking up suddenly to a beeping alarm can increase sleep inertia, interrupting the sleep cycle and creating stress. Instead, an alarm with a melodic tone or a favorite upbeat song makes a better transition from sleep to wakefulness.

If you sleep with your Fitbit device on, set a silent alarm to have your tracker or watch wake you up peacefully with a quiet vibration on your wrist. And with Smart Wake, you can set your Fitbit alarm to wake you during a lighter sleep stage so that you can wake up feeling more refreshed.

It may be impossible to avoid sleep inertia, but you also don’t have to accept it passively. If you don’t have time to snuggle under the covers and sleep in, understanding what causes sleep inertia and having tips to counter it will give you the energy to wake up fully so you can start your day successfully.

The post Can’t Wake Up in the Morning? It’s Not You—It’s Sleep Inertia appeared first on Fitbit Blog.