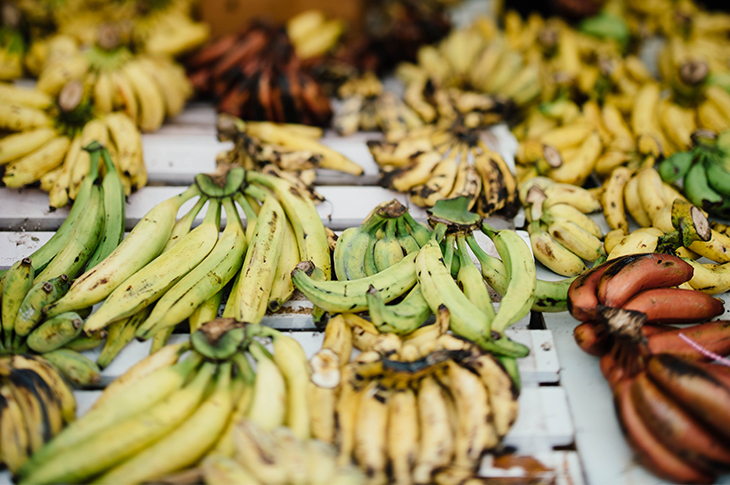 If hopping on a plane to Colombia is not in the plan this month, guess what? You can visit a local restaurant in your area or make a traditional Colombian recipe at home to celebrate National Latinx Heritage Month with some delicious authentic Colombian food. There’s lots to explore and love about this diverse South American cuisine.

Much like its culture and people, Colombian cuisine combines indigenous, Spanish, and West African influences and flavors. Colombia’s food is as diverse as its people and the land. As one of the most geographically and biologically diverse countries, you’ll encounter an array of different staple crops and dishes as you move throughout the country.

From hearty, potato-rich stews in the mountains to fresh fish and rice in the coastal regions, there’s abundant color, flavor, and history on the plate.

Colombia has hot, temperate, and cold climates,and its staple foods and dishes reflect them accordingly. Common foods include a variety of tropical fruits, rice, corn, cassava (yuca), potatoes, plantain, avocado, coconut, beef, and cheese. Colombia is well-known for its coffee and is a top producer of cocoa, sugar cane, and bananas.

White rice is a staple throughout the country. And in the cooler mountainous regions, you’ll find warm soups and stews made with plenty of root vegetables such as potatoes, while fish and seafood dishes with plantain and coconut rice are common on the coast.

Each region of Colombia has its own traditional dishes, but here are a few popular ones throughout the country.

Colombian arepas are cornmeal cakes that are typically grilled but can also be fried or oven baked. Arepas might be served alongside a meal or topped or stuffed with a sauce, cheese, meat, and other fillings for a complete mealf. There are more than 40 different types of Colombian arepas—from the arepa paisa to the arepa Santandereana, made with bits of cassava and pork. They are prepared in many ways, and you’ll find variations depending on its departmento (similar to states) of origin. Some, like the arepa boyacense from the Boyacá región, are made with a sweet corn batter and stuffed with cheese. Another example, like the arepa de huevo, a fried corn cake with an egg inside, is popular in the Caribbean region.

Tamales are also popular in Colombia. Lorena Drago, RDN, CDCES, and owner of Hispanic Foodways, shares that “Colombians eat tamales on weekends, Christmas, and special occasions.” She says each region prepares tamales differently. “The masa can be prepared with either corn or rice. The filling can have an assortment of vegetables, eggs, peanuts, and meats ranging from beef to pork.” For example, the Tamal Antioqueño, from the Colombian state of Antioquia, is prepared with corn flour and peas, carrots, sliced potatoes, olives, chicken, and pork.

But Colombia is not all about handheld eats. Often called the national dish of Colombia, Bandeja Paisa is a traditional dish from Antioquia (home to Medellin and Guatape). Drago explains that this dish, which translates to “Paisa Platter,” gets its name from the people born in Antioquia, who are called Paisas.

Though you’ll see some ingredient swaps from region to region, Drago explains that “Bandeja Paisa contains white rice, red beans seasoned with scallions, tomatoes, carrots, garlic, and pork, beef, corn arepa, fried egg, sweet plantain, and a slice of avocado.” This dish was born out of necessity. Drago describes how “in the mid-1900 century, Antioquian muleteers and men from the state of Caldas spent the entire day working in the field and brought the bandeja paisa to sustain them during the long hours of hard labor.”

There are far too many dishes to name, but other popular Colombian dishes to taste include ajiaco (a chicken and potato stew soup), sancocho (a soup made with corn, potatoes, plantain, and/or yuca, and chicken, pork, beef, or fish), sudado de pollo (chicken stew), and pescado frito (a whole fried fish from coastal Colombia commonly served with rice).

Thanks to the country’s biodiversity, Colombia boasts one of the best fruit bounties in the world. So if you’re not quite ready to try your hand at arepas or a Colombian stew, you can get a taste of delicious, nutrient-dense Colombian fruits.

Fresh fruits like fiber-rich dragon fruit (pitahaya) might be fairly easy to find in major supermarkets, but others may take a bit more searching. If you live near an international farmers market, a Latinx market, or a specialty store, check for fresh guava, passion fruit, or tamarillo (a red or orange, egg-shaped fruit resembling a tomato). Ask a store produce manager if fresh options are available (even if for a short time each year). Also, check the frozen foods aisle for frozen fruit pulp and the grocery aisles for canned or dried options.

Tropical fruits can be eaten fresh as a snack, with a meal, or whipped into fresh juice. Some fruits, like passion fruit, can often be found in juice form or made into ice cream or custard. The antioxidant-rich lulo is popular throughout Colombia, and its frozen pulp is widely available in many parts of the world. Use it to make lulada, a Colombian beverage made with muddled lulo fruit, lime juice, water, and sugar.

Another way many Colombians enjoy fruit (particularly in the Andean region) is in an aromática. Making this fresh fruit infusion at home is easy. Simply steep fresh-cut pineapple, guava, or other fruit in hot, not boiling water until its infused with the fruit’s flavor. You can add fresh mint and honey or sugar to taste. Once it’s ready, sip and savor it like tea.