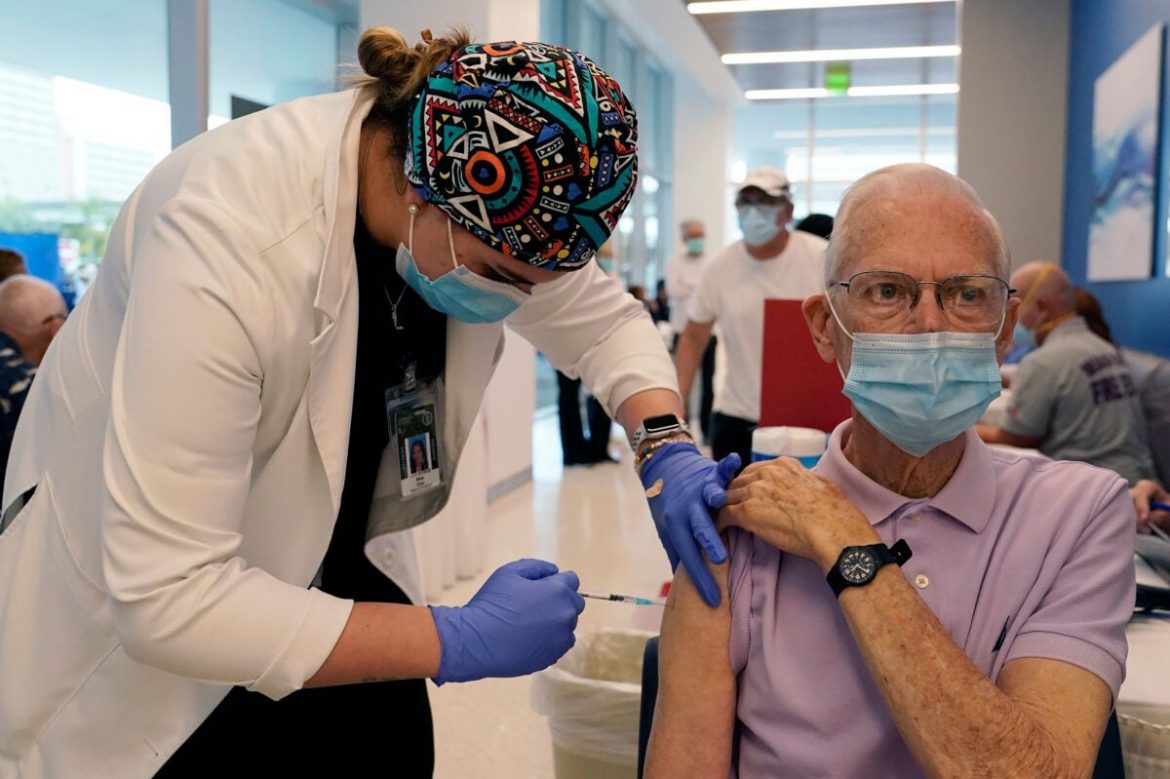 A Harvard infectious diseases expert says that vaccination rates among the elderly need to be close to 100 percent if another surge of COVID-related hospitalizations and deaths is to be avoided this winter.

Stephen Kissler, a research fellow at the Harvard T.H. Chan School of Public Health, said the strongest factor in COVID severity is the proportion of elderly who are vaccinated. He pointed to Florida, one of the states hardest hit by the summertime delta surge, and the U.K., whose early experience with the variant was not as severe as Florida’s. The difference, Kissler said, appears to be that vaccination rates of the elderly, while relatively high in Florida compared with surrounding states, did not approach U.K. levels.

“Florida was high, but not extremely high,” said Kissler, whose research involves modeling the spread of infectious disease. “Even 5 percent shy of 100 — if 95 percent of those age groups are vaccinated — that remaining 5 percent can still contribute a lot to severe disease and death. We really need near 100 percent vaccination rates in those older age groups.”

More broadly, Kissler expects the summertime surge across the South to shift north as the weather cools and people move inside. Though vaccination rates in some northern states are relatively high, delta is infectious enough that the remaining pool of unvaccinated people, coupled with those whose immunity has waned over time, could fuel a winter surge, he said. On top of that, seasonal effects will boost transmission.

“What I expect is that, especially in places that were largely spared from a major summer surge — so especially the more northern parts of the country — are almost certainly going to see another significant winter wave,” Kissler said.

Those surges, he said, will vary from place to place, depending on local immunity levels, but some regions will be hit hard enough to fill hospitals and force delays in elective surgeries. Communities hit hardest will be those with low vaccination rates that haven’t yet seen a delta surge.

“I do still think this winter will probably see, in some parts of the country, similar scenarios to what we saw in parts of the southeastern U.S. this summer, where in some regions hospitals will be very full, we’ll have to put elective surgeries on hold,” Kissler said. “I think those surges will probably be geographically more isolated, since there are different degrees of immunity across the country, but there are still going to be some communities hit pretty hard this winter. I think that’s something we have to be very clear-eyed about moving forward.”

Kissler, who took questions Wednesday during a media conference call, added that it’s possible that this year’s flu season will be worse than last year’s, when, protected by anti-COVID measures such as masks and distancing, the U.S. largely avoided widespread infection. Easing those practices will create fertile ground for illness, he said, noting the heightened importance of flu shots.

With the winter behind us, COVID-19 is likely to follow the path of the 1918 flu and the 2009 H1N1 flu, Kissler said, becoming a milder seasonal affliction, circulating mainly in winter in a population that is largely vaccinated or previously infected.

“My hope is that once we get through this winter wave, we’ll start to enter into a phase of the pandemic where SARS-CoV-2 is more of a seasonal respiratory virus than this incredibly disruptive pandemic virus that we’ve been dealing with,” Kissler said. “We still have a little work left to do, but my hope is that we’re approaching something that is ever closer to normalcy.”