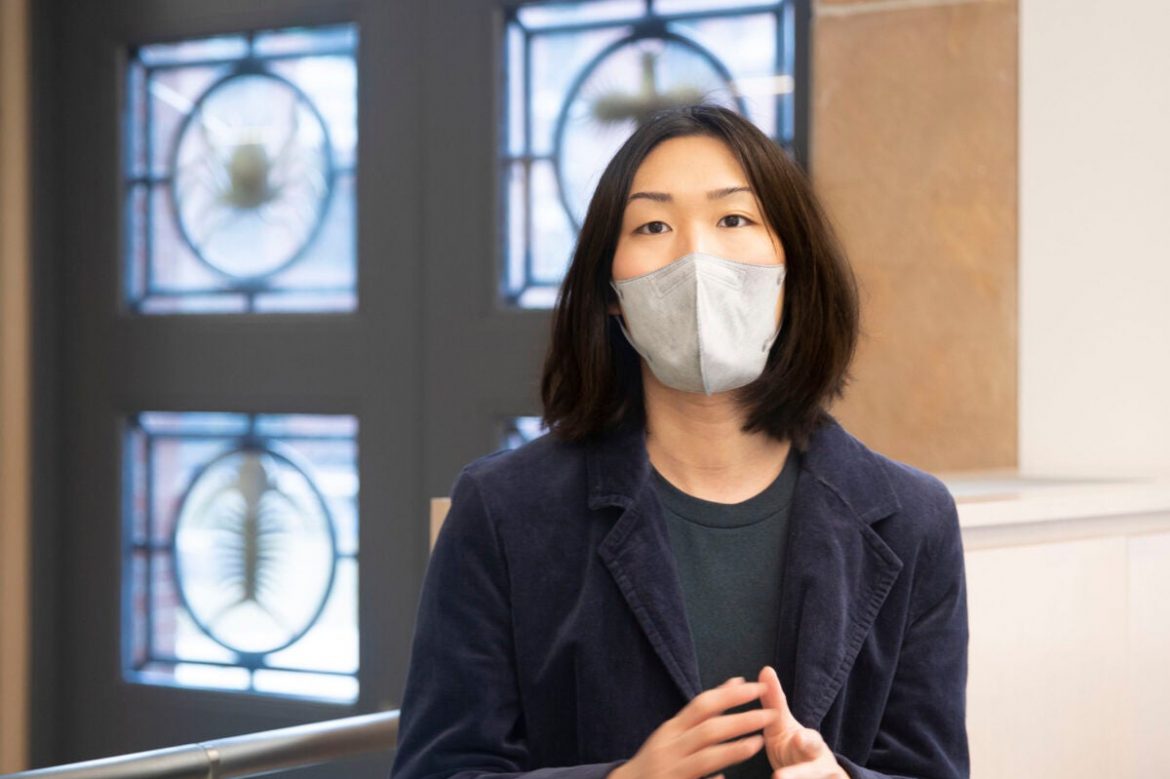 Push for inclusive language in battle for transgender rights

A recent letter published in the journal Science aims to jump-start conversations on the importance of inclusive language in the sciences as part of the ongoing fight for transgender rights. The missive, written by Miriam Miyagi, a Harvard graduate student studying organismic and evolutionary biology, and two other transgender scientists, was triggered by the rising hostility faced by transgender and gender-diverse people.

“Transgender issues are in the news and in the national consciousness right now in a way that is very different than before,” Miyagi said. Miyagi teamed up with Simón(e) Sun, a postdoctoral fellow in the J. Tollkuhn Lab at the Cold Spring Harbor Laboratory in New York, and Eartha Mae Guthman, a postdoctoral research associate in the Falkner Lab at the Princeton Neuroscience Institute, to write the December letter following the Senate Judiciary Committee hearings for the Equality Act in March. That measure, which passed in the U.S. House last February, would prohibit discrimination based on sex, sexual orientation, and gender identity.

Sun and Guthman said it was disheartening to see not only their rights being argued at the Senate hearings but the dissemination of scientific misinformation — including claims that there are only two biological sexes — by non-scientists to fit an apparent political narrative. The last five years have seen a record rise in anti-trans legislation, anti-trans violence, and the criminalization of trans health care across the U.S. and the U.K., largely revolving around the issue of treatment for those who are receiving gender-affirming care.

“It’s really an abuse and a misappropriation of the authority of science to try to justify really regressive, harmful policy moves,” Miyagi said. “That’s why we feel that scientists have both a responsibility and a real opportunity to push back against this. When we say, ‘Calling transgender women biological males is not only insensitive, but it’s actually scientifically inaccurate in many ways,’ we’re able to take away one of these weapons in the arsenal of anti-trans activists.”

In their letter, the authors argue that scientists should explicitly define the usage of “male” and “female” in their research, as no single trait, such as chromosomes or genitalia, determines whether a person is singularly male or female. The boundaries between sexes has been found to be more complicated than that. “We have a responsibility to use precise language both as researchers studying sex-associated variables and as members of a diverse academic community,” the three wrote.

Miyagi said that it is particularly important for scientists to specify what definitions of sex they are using in their research and that they be aware that conflating different definitions can create an alienating, non-inclusive, and harmful environment for gender-diverse scientists.

“An important element of our argument is that precise language is both more scientific and more inclusive. This is a really important distinction,” Miyagi said. “There’s a tendency in the scientific community to say, ‘We need to be rigorous. We need to be precise. We need to be as accurate as possible.’ What we want to show is that these goals are actually aligned with inclusivity in this case.”

Inclusive language also reaffirms the human and social component of science, Sun added. “Conscious awareness of the impact of language also can encourage more critical thinking of science, its process, and its consequences,” she said.

It is also critical that transgender and gender-diverse people be included in the actual research as opposed to just being its subject, Guthman said. “People who may not have the same lived experiences as we do may not think about the kind of questions that may be more relevant to trans health care,” she said. “There’s plenty of research at this point, showing that having a more diverse team improves the quality and the breadth of the research.”

The three scientists hope their letter spurs continuing conversation over the issue of inclusive language in the sciences. Sun said there is a need for much more dialogue between the natural and social sciences and the humanities that should be happening in scientific journals and conferences. Future generations of scientists should be able to take classes and seminars to learn about the importance of inclusive language, they said.

Meanwhile, Miyagi said she would like non-trans people to be engaged with the issues affecting gender-diverse people in the U.S., because they cannot be the sole advocates for themselves. “People need to really care about these issues, even if they are not trans themselves,” they said. “It’s really important that people be educated on these issues and know what the dog whistles are, and what the arguments are.”