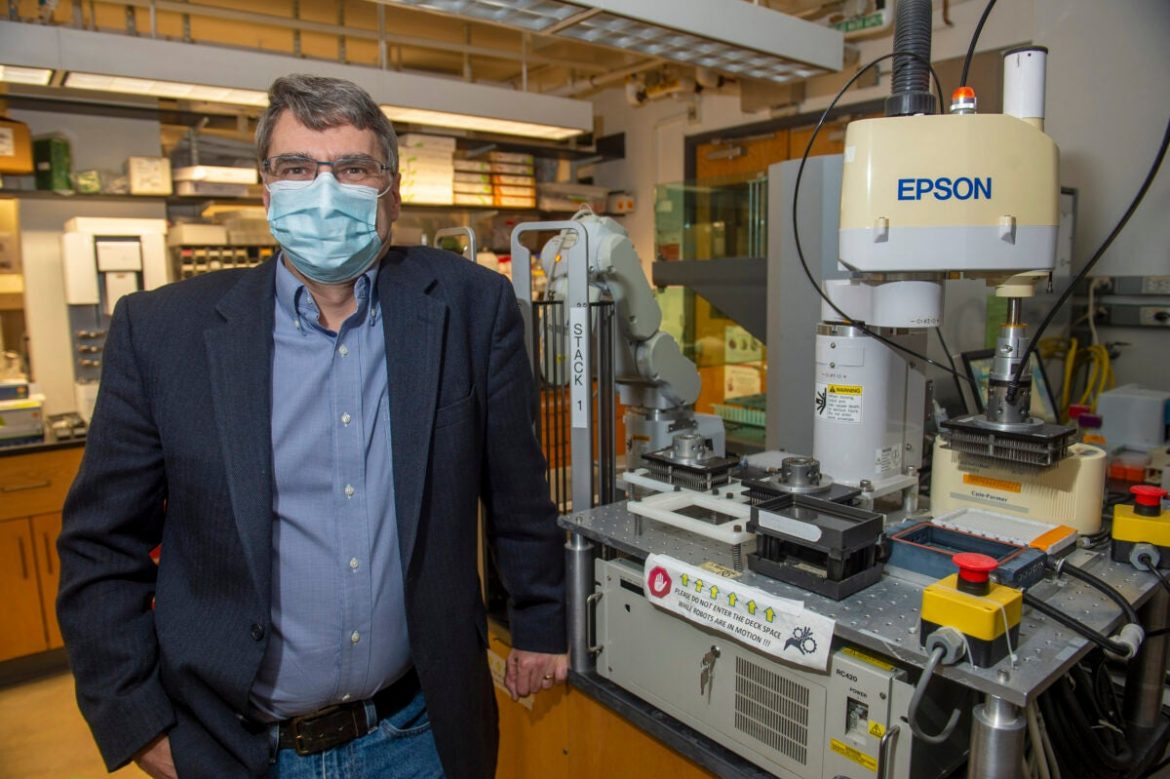 Harvard experts in medical therapeutics say the recent development of pills to treat COVID-19 may turn out to be a pandemic game changer for a simple reason: When it comes to treating the ailment, the earlier the better.

Mark Namchuk, executive director of Harvard Medical School’s Therapeutics Initiative, said pills have some clear advantages over existing treatments — the drug remdesivir and a handful of antibody therapies — because they are by comparison easy to transport, store, and administer. The other treatments must be given intravenously and have largely been reserved for use by the sickest patients confined to medical facilities late in their illness’ course.

Namchuk said that assuming the pills are made widely available, they can be prescribed soon after symptoms start at home, with nothing else required to administer them beyond possibly a glass of water.

“They’re both oral, so much easier to get them distributed to folks early in their illness and make them more broadly available,” said Namchuk, professor of the practice of biological chemistry and molecular pharmacology. “The efficacy is very encouraging, but the route of administration opens up the possibility of using it more broadly.”

The assessment comes after reports by Merck and Ridgeback Biotherapeutics that their COVID-19 pill — currently being reviewed by federal regulators — lowers risk of hospitalization and death by 50 percent, and on the heels of last week’s promising results by Pfizer Inc., which said a Phase 2/3 study of its pill showed that it cuts risk of hospitalization and death by 89 percent. The Pfizer results were so promising the study was halted early, the company said. About 1 percent of study participants (6 out of 607) were hospitalized, and none died after 28 days. That compared with 6.7 percent (41 out of 612) hospitalized in the control group, with 10 subsequently dying. The company also plans to seek FDA emergency use authorization to market the pill.

“The ability to be able to get something as a tablet or a pill that you can ship everywhere, that’s room-temperature stable, doesn’t require any complicated intervention, is a really important next step for the current pandemic.”
— Mark Namchuk

Jonathan Abraham, assistant professor of microbiology and, with Namchuk, co-leader of the Massachusetts Consortium on Pathogen Readiness’ Therapeutics Working Group, said the ability to mass-produce a stable, long-lasting pill will likely mean far fewer people wind up needing hospitalization. That will enhance protection of society’s most vulnerable and ease the strain the pandemic continues to exert on the nation’s health care system.

“This is a game changer from the standpoint of being able to get a direct-acting antiviral in a person’s system as quickly as possible,” Abraham said. “There was a lot of excitement about monoclonal antibodies — and there still is — but the big issue there has been the rapidity at which those can actually be administered. I think the biology of these viruses teaches us we just need to be able to treat these types of infections as early as possible.”

Jonathan Abraham, assistant professor of microbiology, comments on the COVID pill in this next front of the pandemic. Rose Lincoln/Harvard Staff Photographer

Abraham said vaccination will remain an important tool to fight the virus, as will public health measures that are likely to remain useful against any new variant that might emerge. He added, though, that an effective treatment will be an important boon for vulnerable people, particularly if it both eases symptoms and reduces transmission.

“The key to me in terms of the bigger question of how this changes the landscape of the pandemic is really one of how do we prevent transmission?” Abraham said. “And the biggest question is, how are we doing at protecting our most vulnerable populations, including the elderly?”

Namchuck said the pill form also means that, once production ramps up, it can make a big impact in parts of the world struggling to acquire vaccine doses or whose lack of infrastructure hampers the distribution of vaccines that need deep refrigeration to retain effectiveness.

“The ability to be able to get something as a tablet or a pill that you can ship everywhere, that’s room-temperature stable, doesn’t require any complicated intervention, is a really important next step for the current pandemic,” Namchuk said.

The two companies’ pills operate by different mechanisms. The Merck drug, called molnupiravir, inserts errors into the virus’ genetic code to disrupt replication. The Pfizer drug, Paxlovid, is a protease inhibitor, a class of drugs developed in the fight against HIV and Hepatitis C with which there are decades of experience. Paxlovid also attacks SARS-CoV-2’s ability to replicate, but by interfering with the process by which proteins important in reproduction are “cut” from precursor molecules, rendering them unusable by the virus. Abraham speculated that the drugs will likely need to be administered with a second drug that in combination reduces the chances of the virus becoming drug resistant.

Namchuk said the development of pills has been fairly swift, though it has lagged that of vaccines. The Merck drug had been tested earlier for flu, and Pfizer leveraged its past experience seeking treatments for the original SARS virus.

Both companies tested their drugs on high-risk adults, but Namchuk said that if the pills become widely available, they could potentially also be used in conjunction with vaccines to fight breakthrough infections and even, if their safety profiles are robust enough for wide use, as a precaution before symptoms develop among those exposed to COVID.

“When you think about the impact of a drug like that, being able to be broadly distributed and using it even in patients where they’ve been exposed but are not showing symptoms, that could be really beneficial,” he said.