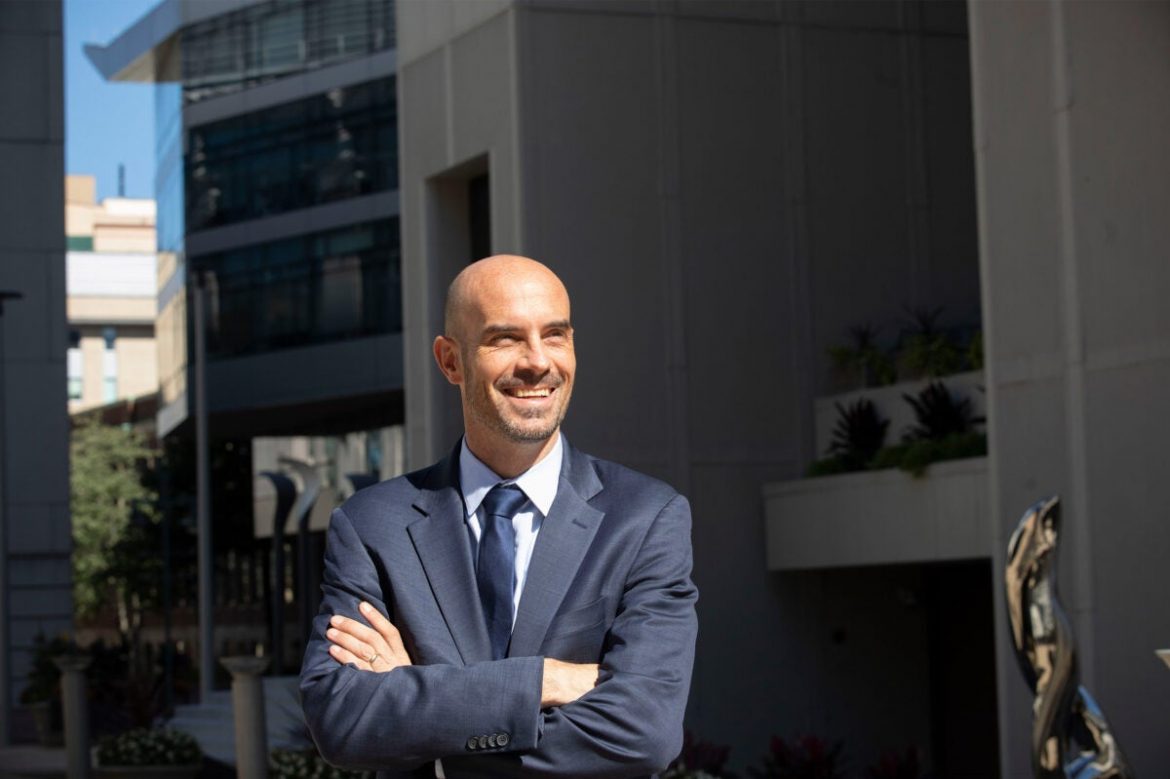 Harvard expert: ‘Schools should not close’

Chicago’s public school system closed this week when the teachers’ union and the city clashed over in-person learning amid a spike in Omicron cases. The Gazette sought reaction from public health expert Joe Allen, an associate professor at the Harvard Chan School and director of the Healthy Buildings program, who believes the downsides of keeping children out of schools far outweigh the risks posed by COVID-19. The interview has been edited for clarity and length.

GAZETTE: Is it safe to sends kids back to school?

ALLEN: The argument for in-person schooling rests on to two pieces of evidence that we’ve had for a long time now: the risk to kids from this virus is low, and the costs of them being out of school is extraordinarily high. I want to be clear that by starting with kids, I’m not minimizing the adults in the school, teachers and staff. But this is not March 2020. We know a lot more; we have new tools at our disposal. The evidence on the low risk to kids has been consistent through each variant and each wave. The hospitalization rate has hovered at less than one per 100,000 through the Alpha wave, the Delta wave, and even the Omicron wave, and that’s important context because that level of risk is something we accept all the time.

The two most salient risk factors for this virus are age and vaccination status. And fortunately, kids have been low risk. If that doesn’t feel low risk enough, a safe and effective vaccine is available for all school-aged kids. It’s the same for adults ­— this vaccine is safe and effective. And even with Omicron and the higher risk of breakthrough infection, the protection against severe disease and death has stayed strong.

GAZETTE: What are the negative effects of not having kids in school?

ALLEN: The effects we’re seeing right now were predicted two years ago. We could start with learning loss. We see that students are four or five months behind in reading and math. We see even greater loss for Black or Hispanic students. And that’s the kids who were in school. Millions of kids are not — are missing from the system. Schools are the first place where we detect issues at home such as abuse, neglect, and maltreatment. And the idea that these short-term closures don’t have an impact is nonsense. In New York City, in just a few months there were thousands of cases of expected reports of child maltreatment that did not come in. I’ve written about the impacts on nutrition and kids, and food security, with Sara Bleich from the School of Public Health. We see the impact extend to women, working women in particular, who proportionately have the burden of childcare and homeschooling. So when we think about schools and risk, we can’t just think about the risk in the classroom, we have to think about what happens when you send these kids home. And I think there’s been a faulty assumption that if you close schools, that that protects everyone who would be at school. But that ignores the fact that social networks exist outside of school for kids and for adults, too. And we saw this when the winter break happened. Kids were not in school, teachers were not in school, and when they came back, even before they even entered school, some of the surveillance testing we’ve seen showed one-third of people were positive.

ALLEN: We need to reassure people that if you are vaccinated and boosted, you’re well protected. In addition, we’ve had the know-how, the guidance, and the money to put in effective controls in our schools for 18 months. From my understanding, they’ve done ventilation filtration upgrades in Chicago, they’re monitoring air quality in real time, they have vaccine clinics.

There has been this casualness about closing schools that I just don’t understand. When you match up the long list of harms when kids are out of schools against this idea that we’re just going to close for two days or a week or two weeks, which might turn into three weeks, who knows? I think that’s a mistake, and it ignores what we’ve learned over the past two years and all the new tools we have. Schools should not close.

GAZETTE: What are the best protections?

ALLEN: There’s been so much confusion over the past five months: Do vaccines work? What about a breakthrough case? Do those who are vaccinated transmit the same? What is the viral load? The higher order message that vaccines work got lost. You see it in the data everywhere. And we’ve seen it in the data since vaccines first came out. Vaccinated people are well protected from the most severe outcomes. Do breakthroughs happen that end up in hospitalizations? Yes. But they’re much less likely to occur for people who are vaccinated, and we’ve lost that message. I think that has fed into some of the concern around schools. It’s understandable that people are anxious, but they should be reassured that if they are vaccinated and boosted and again wearing a high-grade mask, then that’s excellent protection. So, the transmission is real, the breakthroughs are real. But I’m hoping that what people are starting to see, not just in the epidemiological data or the clinical data, but even their own personal anecdotal data, is that friends and relatives who are vaccinated and get this recover.

GAZETTE: What do you think about the test-to-stay approach that the CDC is has advised in order to help schools avoid online learning?

ALLEN: I fully support it. Quarantining is a blunt instrument that we used in the beginning of the pandemic when we didn’t know who was infectious. Now we can actually test to know who is infectious with good reliability, so you can keep kids in the classroom who may be in close contact with someone who has been infected but they aren’t infectious themselves. I also support test to return, which decreases the isolation period after you are infectious, and when you test negative you can come back. The challenge that the CDC has is that there’s just not enough testing around right now.