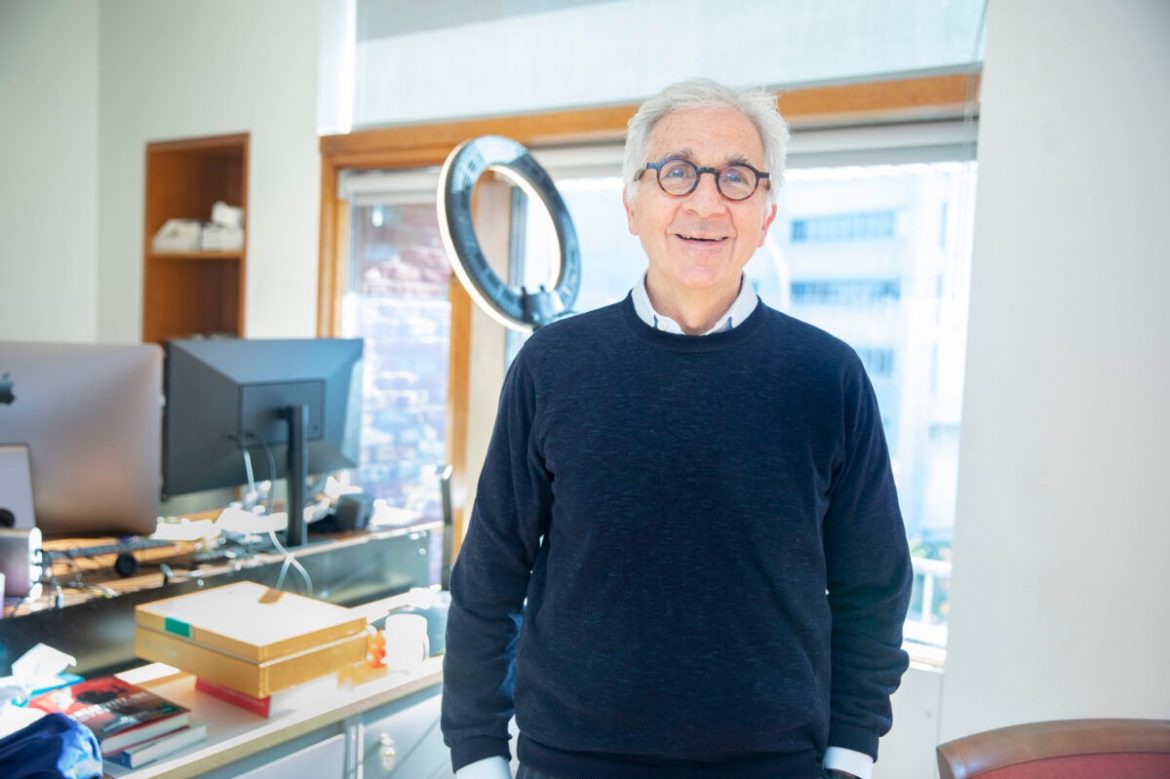 When Vertex Pharmaceuticals announced last month that its investigational stem-cell-derived replacement therapy was, in conjunction with immunosuppressive therapy, helping the first patient in a Phase 1/2 clinical trial robustly reproduce his or her own fully differentiated pancreatic islet cells, the cells that produce insulin, the news was hailed as a potential breakthrough for the treatment of Type 1 diabetes. For Harvard Stem Cell Institute Co-Director and Xander University Professor Douglas Melton, whose lab pioneered the science behind the therapy, the trial marked the most recent turning point in a decades-long effort to understand and treat the disease. In a conversation with the Gazette, Melton discussed the science behind the advance, the challenges ahead, and the personal side of his research. The interview was edited for clarity and length.

GAZETTE: What is the significance of the Vertex trial?

MELTON: The first major change in the treatment of Type 1 diabetes was probably the discovery of insulin in 1920. Now it’s 100 years later and if this works, it’s going to change the medical treatment for people with diabetes. Instead of injecting insulin, patients will get cells that will be their own insulin factories. It’s a new kind of medicine.

GAZETTE: Would you walk us through the approach?

MELTON: Nearly two decades ago we had the idea that we could use embryonic stem cells to make functional pancreatic islets for diabetics. When we first started, we had to try to figure out how the islets in a person’s pancreas replenished. Blood, for example, is replenished routinely by a blood stem cell. So, if you go give blood at a blood drive, your body makes more blood. But we showed in mice that that is not true for the pancreatic islets. Once they’re removed or killed, the adult body has no capacity to make new ones.

So the first important “a-ha” moment was to demonstrate that there was no capacity in an adult to make new islets. That moved us to another source of new material: stem cells. The next important thing, after we overcame the political issues surrounding the use of embryonic stem cells, was to ask: Can we direct the differentiation of stem cells and make them become beta cells? That problem took much longer than I expected — I told my wife it would take five years, but it took closer to 15. The project benefited enormously from undergraduates, graduate students, and postdocs. None of them were here for 15 years of course, but they all worked on different steps.

GAZETTE: What role did the Harvard Stem Cell Institute play?

MELTON: This work absolutely could not have been done using conventional support from the National Institutes of Health. First of all, NIH grants came with severe restrictions and secondly, a long-term project like this doesn’t easily map to the initial grant support they give for a one- to three-year project. I am forever grateful and feel fortunate to have been at a private institution where philanthropy, through the HSCI, wasn’t just helpful, it made all the difference.

I am exceptionally grateful as well to former Harvard President Larry Summers and Steve Hyman, director of the Stanley Center for Psychiatric Research at the Broad Institute, who supported the creation of the HSCI, which was formed specifically with the idea to explore the potential of pluripotency stem cells for discovering questions about how development works, how cells are made in our body, and hopefully for finding new treatments or cures for disease. This may be one of the first examples where it’s come to fruition. At the time, the use of embryonic stem cells was quite controversial, and Steve and Larry said that this was precisely the kind of science they wanted to support.

GAZETTE: You were fundamental in starting the Department of Stem Cell and Regenerative Biology. Can you tell us about that?

MELTON: David Scadden and I helped start the department, which lives in two Schools: Harvard Medical School and the Faculty of Arts and Science. This speaks to the unusual formation and intention of the department. I’ve talked a lot about diabetes and islets, but think about all the other tissues and diseases that people suffer from. There are faculty and students in the department working on the heart, nerves, muscle, brain, and other tissues — on all aspects of how the development of a cell and a tissue affects who we are and the course of disease. The department is an exciting one because it’s exploring experimental questions such as: How do you regenerate a limb? The department was founded with the idea that not only should you ask and answer questions about nature, but that one can do so with the intention that the results lead to new treatments for disease. It is a kind of applied biology department.

GAZETTE: This pancreatic islet work was patented by Harvard and then licensed to your biotech company, Semma, which was acquired by Vertex. Can you explain how this reflects your personal connection to the research?

MELTON: Semma is named for my two children, Sam and Emma. Both are now adults, and both have Type 1 diabetes. My son was 6 months old when he was diagnosed. And that’s when I changed my research plan. And my daughter, who’s four years older than my son, became diabetic about 10 years later, when she was 14.

When my son was diagnosed, I knew nothing about diabetes and had been working on how frogs develop. I changed my research focus, thinking, as any parent would, “What am I going to do about this?” Again, I come back to the flexibility of Harvard. Nobody said, “Why are you changing your research plan?”

MELTON: The stem-cell-derived replacement therapy cells that have been put into this first patient were provided with a class of drugs called immunosuppressants, which depress the patient’s immune system. They have to do this because these cells were not taken from that patient, and so they are not recognized as “self.” Without immunosuppressants, they would be rejected. We want to find a way to make cells by genetic engineering that are not recognized as foreign.

I think this is a solvable problem. Why? When a woman has a baby, that baby has two sets of genes. It has genes from the egg, from the mother, which would be recognized as “self,” but it also has genes from the father, which would be “non-self.” Why does the mother’s body not reject the fetus? If we can figure that out, it will help inform our thinking about what genes to change in our stem cell-derived islets so that they could go into any person. This would be relevant not just to diabetes, but to any cells you wanted to transplant for liver or even heart transplants. It could mean no longer having to worry about immunosuppression.