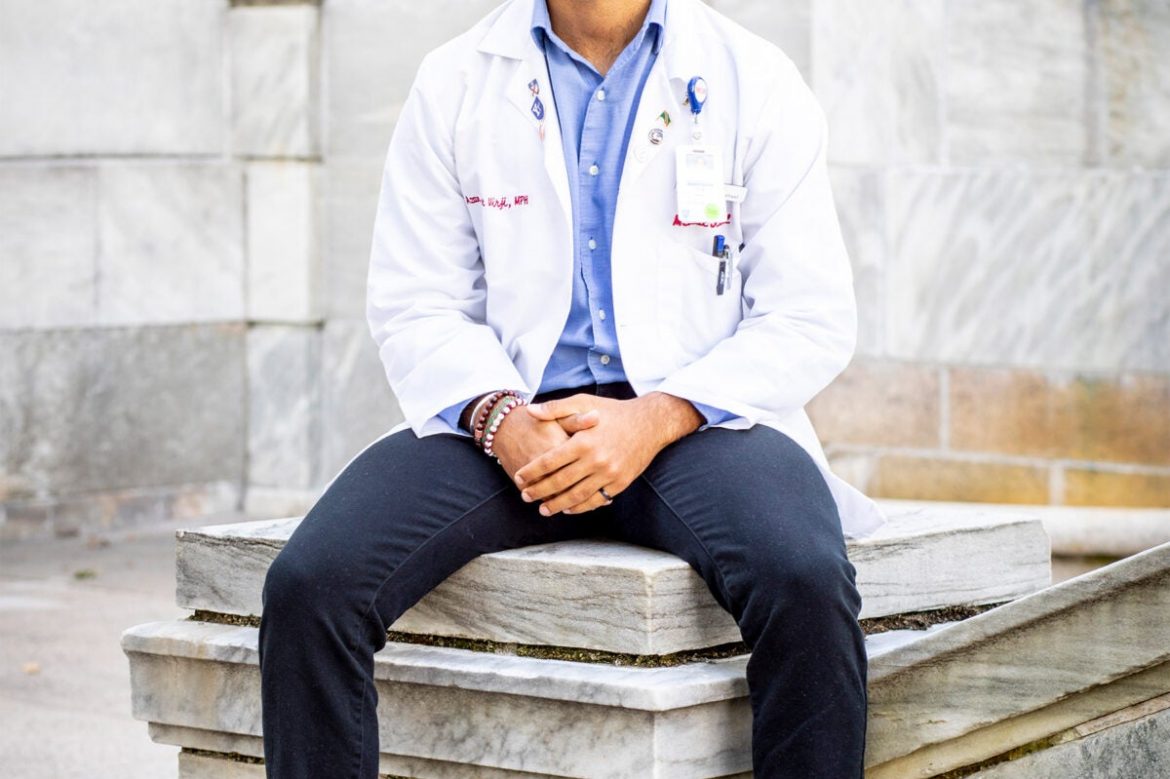 Applying to medical school is an undeniably complicated process, but Azan Virji discovered that it’s even tougher when you’re an international student.

The Tanzanian applicant’s options were slim, even though he already had a bachelor’s and a master’s in public health from Yale. Only 48 American institutions consider international applicants, and they accept them at about half the rate of U.S. citizens. And he had no idea about how to go about applying for financial aid.

“When I was applying to medical school, I had no one to talk to as an international, as someone applying to medical school, as someone seeking financial aid,” said Virji, now in his second year at Harvard Medical School. “Always in the back of my mind, I thought, ‘If I get in, I’ll do something about this.’” Thus was born the idea for F-1 Doctors, a group of international med students who offer help to applicants facing the same challenges they did.

Virji founded the organization with Ghazal Aghagoli, an Iranian/Canadian student, and Ben Gallo Marin from Nicaragua. Both are students at Brown University’s Warren Alpert Medical School. Currently there are 70 volunteers from 30 countries who’ve helped more than 60 students.

Through its website, F-1 Doctors offers a host of resources to international students interested in going to a U.S. medical school: links to guides on admissions and on taking the Medical College Admission Test, or MCAT. The organization offers information on financial aid, has hosted webinars on the admissions process, and made links to past webinars available.

In addition to offering professional guidance, group members also offer personal support, which has been particularly necessary amid the political turmoil of recent years. Many international applicants have had to deal with the fallout from the anti-immigrant climate fostered by the Trump administration, particularly involving those from Latin America, China, and predominantly Muslim countries. The hostile rhetoric was matched by action when the White House restricted travelers from Tanzania earlier this year, and then suspended issuing H-1 work visas — which graduating students need to get jobs legally after their F-1 student visas expire. (The group takes its name from the visa designation.)