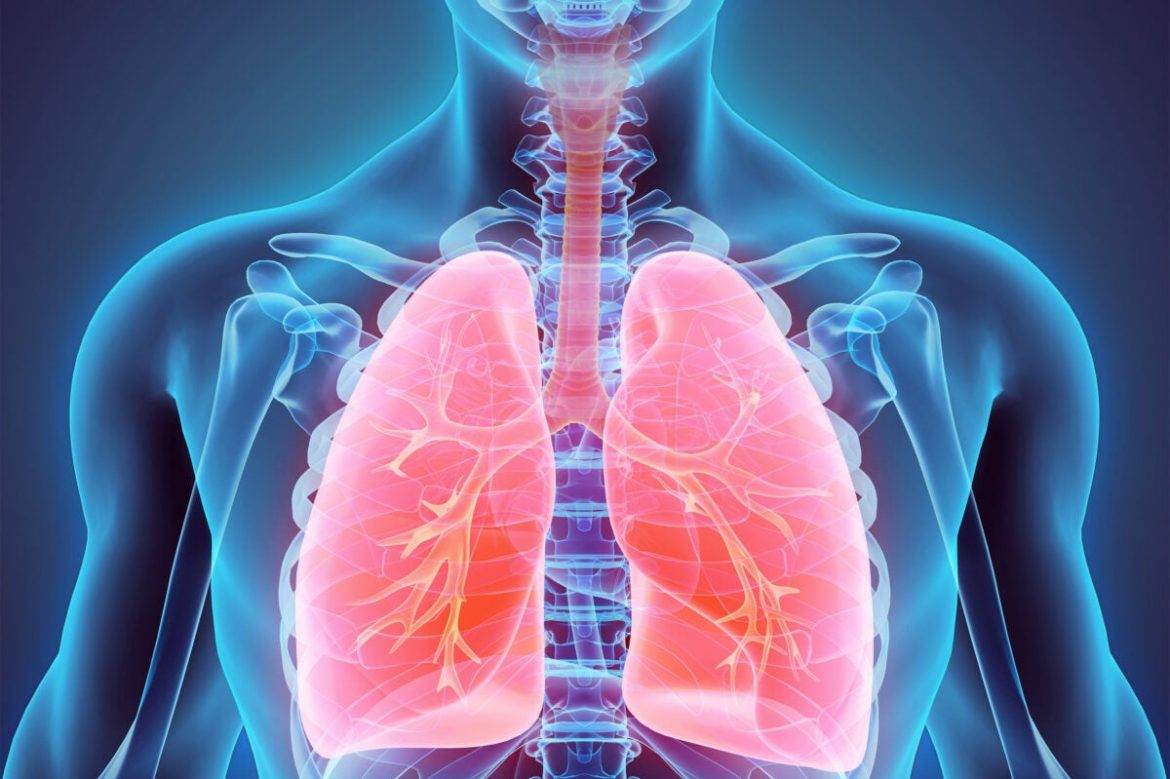 A diagnostic blood test may provide early detection of lung cancer in asymptomatic patients, according to a new study.

Lung cancer, the leading cause of cancer death, is usually diagnosed at a late stage when the survival rate is extremely low. Early stage lung cancer is mostly asymptomatic, and low-dose spiral CT imaging, the current method for detecting early lung cancer lesions, isn’t feasible as a widespread screening test for the general population due to high cost and the radiation hazard of repeated screenings.

The study, published in Proceedings of the National Academy of Sciences provides proof-of-concept for the ability of a drop of blood to reveal lung cancer in asymptomatic patients. It was co-led by researchers at Harvard-affiliated Massachusetts General Hospital: Leo Cheng, associate biophysicist in pathology and radiology, Athinsula A. Martinos Center for Biomedical Imaging, and David Christiani, pulmonary and critical care physician.

“Our study demonstrates the potential for developing a sensitive screening tool for the early detection of lung cancer,” says Cheng. “The predictive model we constructed can identify which people may be harboring lung cancer. Individuals with suspicious findings would then be referred for further evaluation by imaging tests, such as low-dose CT, for a definitive diagnosis.”

Cheng, Christiani, and their co-investigators built a lung-cancer predictive model based on metabolomics profiles in blood. Metabolomics analyzes cellular metabolite flows to decipher healthy and pathological states by studying the metabolome — the dynamic biochemical suite found in all cells, fluids, and tissues of the body. The presence of lung cancer, with its altered physiology and pathology, can cause changes in the blood metabolites produced or consumed by cancer cells in the lungs. The researchers measured metabolomics profiles in blood using high-resolution magnetic resonance spectroscopy, a tool that can examine an array of compounds within living cells by measuring the collective reactions of metabolites.

“This was very encouraging, because screening for early disease should detect changes in blood metabolomic profiles that are intermediate between healthy and disease states,” says Cheng.

The investigators then tested their model with a different group of 54 patients with NSCLC using blood samples obtained before their cancer diagnosis, which confirmed that the model’s predictions were accurate.

Values from the predictive model measured from prior-to-diagnosis blood samples could also predict five-year survival for patients, which may be useful in guiding clinical strategies and treatment decisions. A previous study by the investigators showed the potential for magnetic resonance spectroscopy-based metabolomics to differentiate cancer types and stages of diseases. Larger studies are needed to validate the use of blood metabolomics models as NSCLC early screening tools in clinical practice.

Next, the researchers will analyze metabolomic profiles of lung cancer’s clinical characteristics to understand the entire metabolic spectrum of the disease, which may be useful in choosing targeted therapies. They have also measured metabolomics profiles of more than 400 patients with prostate cancer to create a model that will distinguish between indolent cancer, which needs to be monitored, and more aggressive cancer that requires immediate treatment. The investigators also plan to use the same technology to screen for Alzheimer disease using blood samples and cerebrospinal fluid.

Cheng is associate professor of radiology at Harvard Medical School. Christiani is professor of medicine at HMS, and professor of environmental genetics at the Harvard T.H. Chan School of Public Health.