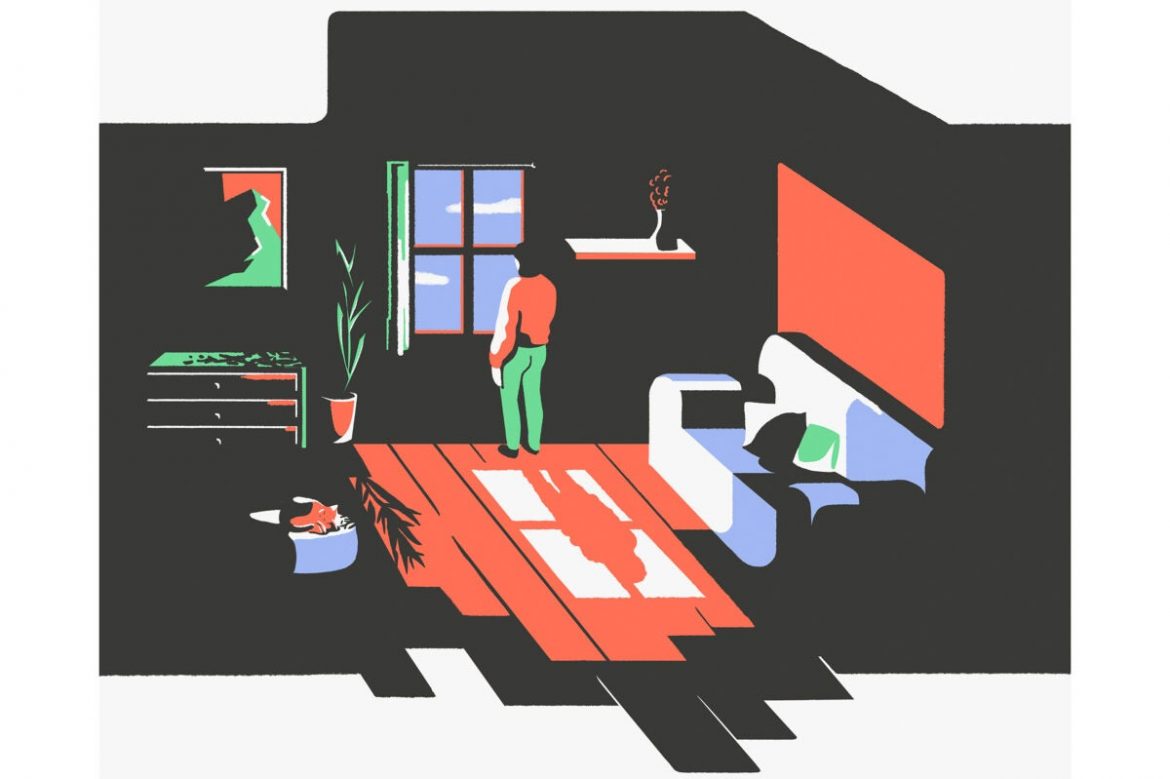 Cost of distancing may outweigh benefits for healthy adults

Arthur C. Brooks wants people to lift people up. But the behavioral social scientist whose recent work has focused on helping people lead happier lives is worried that mixed messages from officials about whether to continue to work and learn remotely and keep a distance from friends has generated a culture of fear that is bringing us down in dangerous ways.

“People have learned to be afraid of each other,” said Brooks, the William Henry Bloomberg Professor of the Practice of Public Leadership at Harvard Kennedy School. “That’s a really damaging thing for a happy world, for a well-functioning society. The truth is, for most people, it’s probably a much, much bigger risk to us to isolate than it is to mix right now.”

Experts acknowledge that COVID does continue to be a significant concern for those with compromised immune systems or other health conditions that put them at greater risk for complications. While Brooks and number of other Harvard scholars agree that those with extenuating health circumstances need to proceed with more caution, they also say that for most healthy individuals — particularly those who are fully vaccinated — additional time spent socially distant from family and friends may worsen a growing national mental health problem.

“These technologies are like the junk food of social life. You can kind of exist on them, but you’ll be pretty unhealthy pretty fast if this is your whole diet.”
— social scientist Arthur C. Brooks (pictured below) about social media and virtual meetings

Brooks, who said that the country had been facing a loneliness crisis well before COVID, noted that continuing to socially isolate has been linked to a spike in symptoms of clinical depression and a drop in a key chemical messenger that helps us feel good.

“Neurochemically, we’re missing out on the boost of oxytocin, which is the neuropeptide that functions as a hormone and aids in human bonding,” said Brooks. “It’s critical for a well-functioning, happy life, and you get it in abundance from the things that social isolation prevents: eye contact and touch.”

While many were optimistic early in the pandemic that virtual technologies might help keep levels of the hormone high, evidence suggests there’s little oxytocin being produced during conversations over Zoom, Skype, Facetime, or social media, said Brooks.

“These technologies are like the junk food of social life. You can kind of exist on them, but you’ll be pretty unhealthy pretty fast if this is your whole diet.”

Jennifer Gatchel, an assistant professor of psychiatry at Harvard Medical School, knows the threat of the pandemic is “still not at zero,” particularly for the elderly and the immunocompromised. There also remains the issue of those who end up suffering long-term symptoms, including fatigue, shortness of breath, and brain fog, even as a result of a mild case of COVID. Still she agrees about the importance of starting to reach out once again.

“There’s going to be an increasing risk of missing out on in-person interactions which in the long term promote and sustain relationships and connectedness,” she said. “I think recognizing that that risk may indeed be mounting and growing, and that ongoing isolation presents a known risk to physical health, is really critical.”

Research has shown that social isolation can have negative effects on health, significantly increasing the risk of premature death, depression, anxiety, heart disease, and other conditions. A recent study of more than 50,000 older women in the U.S. found those with greater social isolation and loneliness had a 13 percent to 27 percent higher risk of cardiovascular disease than women who had more connection. A similar report from 2016 that analyzed 23 different studies involving 181,000 adults found loneliness, social isolation, or both were associated with a 29 percent increased risk of heart attack and 32 percent greater risk of stroke.

Conversely, human touch, other studies suggest, can slow the heartbeat and lower the blood pressure as well as the stress hormone cortisol. A 2018 study even indicated hugging could help ward off respiratory illness.

Robert Waldinger, a psychiatrist at Massachusetts General Hospital and director of one of the world’s longest-running studies of adult life, said deep, meaningful relationships have been linked with “both emotional well-being and physical health in numerous studies.” He singled out loneliness as “as powerful a predictor of declining health and well-being as smoking and obesity.”

“For the vaccinated and boosted, how do you weigh the small risk of COVID or long COVID versus the long, ongoing risk of languishing, this state of feeling not even depressed or anxious but just blah?“
— psychiatrist Robert Waldinger (pictured below)

Waldinger, who is also a psychiatry professor at HMS, said many of us able who are finally reconnect with our friends in person will likely feel “an upsurge in exhilaration.” It’s a positive emotional lift that “doesn’t happen quite the same way when we talk on the phone,” he added, “and I think the closer the relationship the stronger that effect.”

Waldinger pointed out that being with good friends also helps us feel more grounded. “My close friends really validate my sense of me and my connections in the world,” he said. “We are built to resonate with each other emotionally, and a lot of that, I think, is through being present together.”

But if togetherness is a key to healthy relationships and well-being, pandemic-enforced school closures have put tweens and teens at a particular disadvantage, said Karestan Koenen.

“Adolescence is the most critical time when, developmentally, kids move from focus on their families to peers,” said Koenen, professor of psychiatric epidemiology at the Harvard T.H. Chan School of Public Health. “That’s a time for making friends and learning how to navigate those relationships,” she said, adding that many young people now lag behind “developmentally in terms of how to act with peers.”

Koenen also said that trying to reconnect in person as mask and social distancing mandates ease is not entirely stress-free. Conflicts can emerge between friends willing to gather in person and those more comfortable keeping their distance, and there’s a “cognitive load” associated with trying to navigate those different levels of comfort. “Do I really want to negotiate with five different people when I want to have them over for dinner? That process itself is exhausting,” she said.

Going forward, Waldinger said people are simply going to have to make their own decisions about what kind of risks they are willing to take.

“For the vaccinated and boosted, how do you weigh the small risk of COVID or long COVID versus the long, ongoing risk of languishing, this state of feeling not even depressed or anxious but just blah because you don’t see your closest people? I think everyone does it differently.”