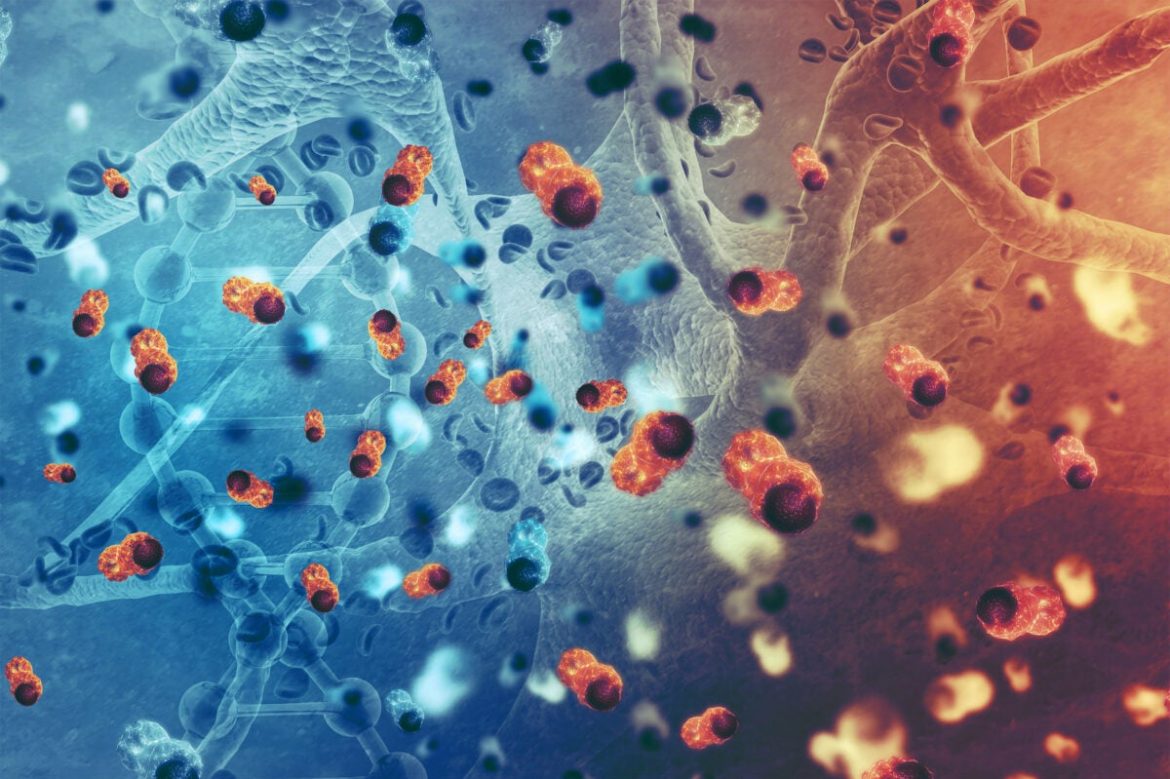 A connection between ancestry and the molecular makeup of cancer

Questions about the genealogical imprint of tumors have hovered over cancer research since the completion of the Human Genome Project in 2003. Is liver cancer different at a basic, molecular level in people of African descent than people of European descent? Does breast cancer have a different genetic profile in East Asians than Native Americans?

A new paper by researchers from the NCI Cancer Genome Analysis Network, a collaborative group with investigators in the U.S., Canada, and Europe, provides the most comprehensive look to date at the effect of ancestry on the molecular makeup of normal and cancerous tissues. Drawing on data from The Cancer Genome Atlas (TCGA) involving 10,678 patients and 33 cancer types, the investigators found that ancestry was tied to variations in hundreds of genes, but that the most important of these differences were linked to specific tissue types. The study is being published online today by Cancer Cell.

“We found that in patients of different ancestries, the molecular features corresponding to those differences were largely confined to specific organs and tissue types,” said Rameen Beroukhim of Dana-Farber and the Broad Institute, the co-senior author of the study with Andrew Cherniack, group leader at Dana-Farber and the Broad Institute. “This suggests that tracking the molecular effects of ancestry — both in normal and cancer tissue — needs to take a tissue-by-tissue approach.”

Among the researchers’ specific findings:

From a molecular standpoint, people of African ancestry tend to have a different type of kidney cancer than people of European ancestry. The African variety is marked less often by mutations that disable the VHL gene, spurring the growth of new blood vessels for tumors.
Bladder cancers in people of East Asian extraction show fewer signs of drawing an immune system response than bladder tumors in people of European background.

In the study, investigators used a variety of molecular techniques to determine the ancestry of the patients whose tissue samples were analyzed. Patients were classified as being primarily of European, East Asian, African, Native/Latin American, or South Asian descent. Patients whose ancestry was at least 20 percent mixed were classified as being of admixed descent. (These patients were subcategorized by their primary ancestry, such as African-Admixed, European-Admixed, etc.) As a group, the patients had 33 cancer types, 13 of which were further divided into subtypes.

Evidence suggests that some of these differences may contribute to the development of certain cancers in people with similar backgrounds.

TCGA had conducted a deep analysis of each patient’s tissue, testing cancerous and normal cells for a range of molecular features. These included mutations (miscopied sections of DNA); patterns of DNA methylation (a process that influences whether genes are switched on or off); messenger RNA (a molecule that carries a transcribed version of DNA and is indicative of gene activity); and microRNA (a form of RNA that assists or hampers gene activity). The NCI Cancer Genome Analysis Network investigators used this data to see whether differences in any of these features reflected differences in ancestry.

“We found that ancestry-associated differences spanned all of these features and were present in hundreds of different genes,” Cherniack stated. “It turned out, though, that the most significant differences — the ones that affect how cells function and interact with the rest of the body — were profoundly tissue-specific.” Although ancestry affected molecular features in most cancer types, these effects were not shared across cancer types. Molecular differences in lung cancers that were traceable to African ancestry, for example, were not found in breast, pancreatic, or other cancers.

The data also enabled investigators to ask whether the ancestry-related features of normal cells carried over into the cancerous versions of those cells — whether the molecular particularities of lung cells in people of European extraction for example, are also found in the lung cancer cells of such individuals. They found that this was overwhelmingly the case. “Most of the differences in the normal tissues of people with specific ancestries are recapitulated in cancer,” Beroukhim stated. Moreover, evidence suggests that some of these differences may contribute to the development of certain cancers in people with similar backgrounds.

Having access to data from patients of mixed lineage proved to be an asset, the study authors say. Investigators conducted their initial analysis in patients whose ancestry was at least 80 percent within one of the five genealogical groups. They followed this with a similar analysis of data from the admixed populations. “When the results of the two analyses jibed — when molecular differences specific to one ancestral group also appear in patients whose ancestry is a combination of that group and others — it was particularly strong evidence of the validity of the original finding.” said one of the study’s co-lead authors, Jian Carrot-Zhang, postdoctoral research fellow of the Meyerson group at Dana-Farber and the Broad. “The patients of mixed background were a particularly powerful group in which to study the molecular effects of ancestry in cancer,” Beroukhim stated. “It helped us narrow down which regions of the genome contribute to these differences.”

The comprehensive nature of the study revealed some of the shortcomings of previous efforts to link ethnicity and ancestry to molecular elements of cells. For one, such studies tended to lump various subtypes of cancer together, Beroukhim said, despite the fact that certain subtypes are more common in certain ancestries than others. Some of the techniques used to dissect molecular features may also have skewed the results of previous studies.

“Our findings point to a need for more samples from diverse ancestries to conduct a truly comprehensive ancestry analysis, especially of normal tissues,” Beroukhim remarks. “This study represents an important step in that direction.”